Gwyn Lewis’s garage and work shop is based in Llanfair Caereinion which is near Welshpool in Powys, Mid Wales.
It is a well established family business run by Gwyn, who started his own business in 1984 when he was 16 years old repairing and maintaining many types of vehicles alongside making and manufacturing items that customers wanted.

Gwyn’s off road driving started quite young at the age of 12 when he had a summer job working for a Land Drainage Contractor, this involved driving a Land Rover series 3 long wheel base taking drainage pipe across fields going over ditches and weaving through boggy wet hill land, he had to make sure he did not get stuck as the boss would not be amused if he had to be towed out!

The first 4×4 vehicle he owned was a series 2A that was bought in a bit of a mess, this was stripped, totally rebuilt and 2.2 BMC diesel engine fitted in to it replacing the original petrol engine. After that he bought a Land Rover 90 that had been rolled badly and totally rebuilt it.

This was the start of things to come as at the time the off roading and winch challenge scene was taking off in the UK, so the 90 was built for such challenge events but still had to be used as a road car as well.

This is where most of Gwyns ideas started life, driven by the need to improve his own Land Rover in off road winch challenge competitions.
Other competitors then had to have the items themselves as they could see the improvements in performance and reliability they made, from there on Gwyn has been constantly developing new and innovate ideas for Land Rover enthusiasts to use on their own vehicles on and off road.

Most of the items are designed and made in house so quality is always assured.
Gwyn’s off road expertise is well known and through competing in events he knows what the off roader requires. 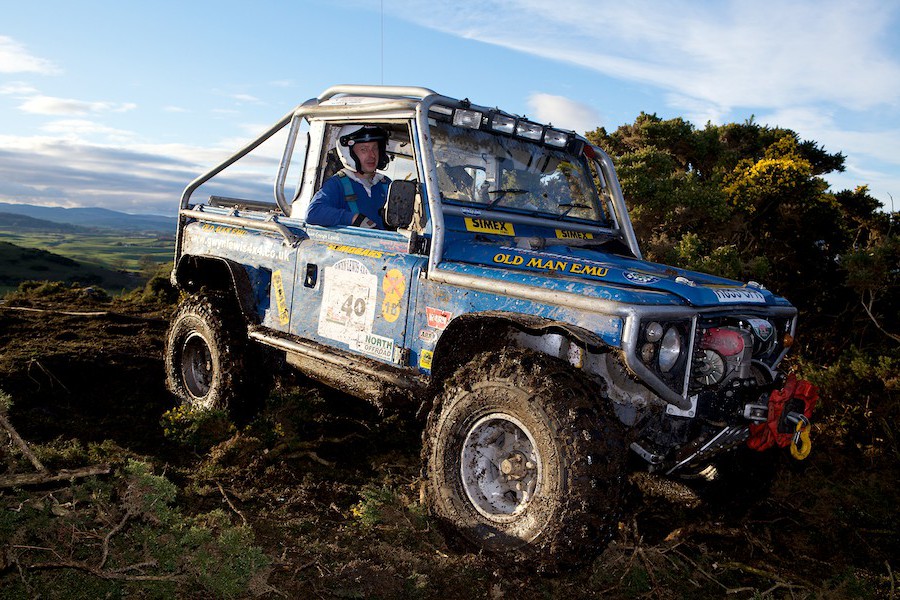