These polyurethane bushes from SuperPro are the best after market bushes available for Land Rovers, “OEM” and “G” bushes just aren’t made to the same quality as original Production Line Genuine bushes were when the Defender was still in production, finding quality Genuine bushes now is getting very difficult which is  why we are using SuperPro bushes as the best available alternative. 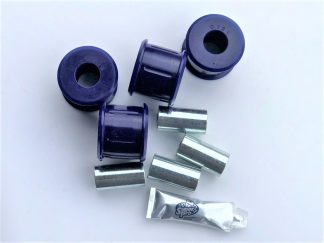